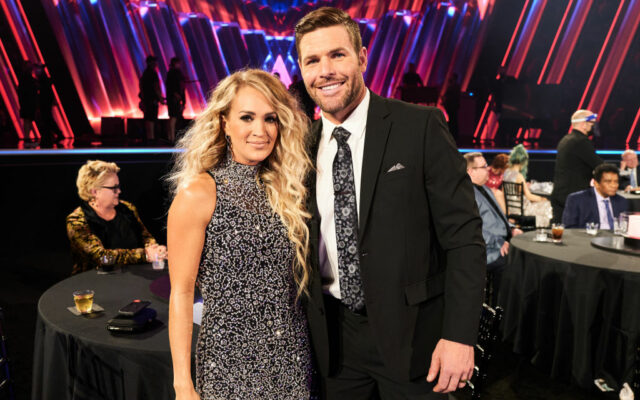 Carrie Underwood is again nominated for Entertainer of the Year heading into next week’s ACM Awards in Las Vegas on Monday (March 7th). She has previously taken home the honor three times before, and as Carrie tells us, just being nominated is special.

“Of course, it’s an honor to be nominated for Entertainer of the Year, you know. I feel like I’m so blessed to have so many facets of my job and things that I do, obviously performing live on stage, but there’s about a million other irons that we’ve always got in the fire that we’re always working on and we’re always busy. It kind of encapsulates all of that. You never know what’s going to happen, because obviously there’s been many, many other artists that have just been crushing it and putting on great shows and doing all the things. There’s only a select handful that get nominated and it’s obviously very exciting and we’ll see what happens.”

The world will see what happens when the ACM Awards are livestreamed globally for the first time ever exclusively on Amazon Prime beginning at 8 p.m. ET.

Carrie is also set to perform live during the show.