Bumped From A Flight?  Here’s What You’re Entitled To… 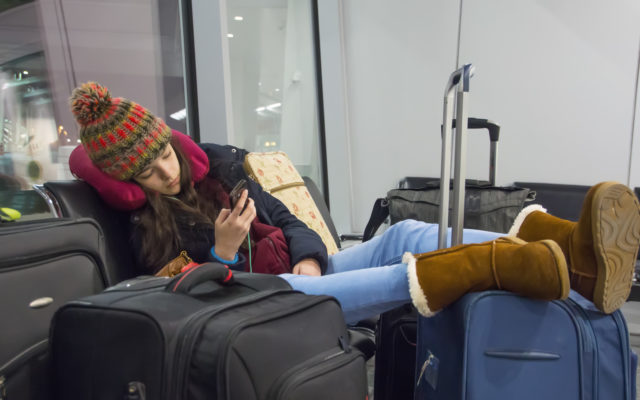 Bumped From A Flight?  Here’s What You’re Entitled To…

If you’ve ever been bumped from a flight you know how frustrating it can be.  And with the wave of Covid cases, roaring across our country, plus a highly contagious new Omicron variant, plane crews and airline staff are getting sick, just like the rest of us.

The last time this kind of surge happened, the U.S. Department of Transportation says nearly 130,000 passengers were bumped on U.S. flights between January and March 2019, 6,175 of them involuntarily.

This is still something that can happen today.  If you confirm your reservation, check in and arrive at the departure gate on time, and the airline fails to get you to your destination within one hour of your original arrival time, you’re entitled to compensation.

There’s no limit to the amount of money or vouchers, which the airline is able to offer, which means you are well within your right to negotiate – and there’s lots of wiggle room.

According to TikTok user and lawyer Erika Kullberg, if you find yourself bumped from a flight, and you’re subsequently subjected to a one-to-two-hour delay (or one-to-four-hour delay for international flights), you’re automatically entitled to as much as four times the cost of your fare one-way, even if you’re rebooked (Though, per transportation.gov, airlines may limit the compensation to $775 if 200% of the one-way fare is higher than $775.)

If the delay is longer than two hours (upwards of four hours for an international flight), that figure increases to eight times the cost (but again, compensation is limited to $1,550 if 400% of the one-way fare is higher than $1,500).

Of course, there are a handful of scenarios, in which you might be denied boarding – say, if you don’t wear a mask or cooperate with rules or are unruly – then you likely won’t receive compensation, including an aircraft change, weight and balance restrictions, downgrading, and more.

Hit this destination, for more:  (InsideHook)