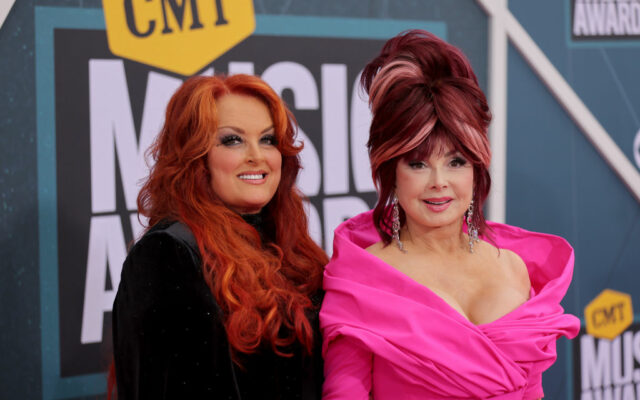 April 11, 2022 in Nashville, Tennessee. (Photo by Mike Coppola/Getty Images)
Wynonna Judd said she knew “something wasn’t right” with her mother (and The Judds singing partner), Naomi Judd, in the days and weeks leading up to her April 2022 suicide.
Wynonna told Hoda Kotb on her Making Space podcast that her mom seemed “very fragile,” when they performed together on the CMT Awards – which were also in April.  That turned out to be The Judds’ last performance.

She said, “I knew something wasn’t right in terms of her being off a little bit, a bit nervous.  I think it’s because she hadn’t sung in a long time.  And I think when our parents get older, their world gets smaller, and she was late (that night), and she is never late.  I think she was nervous.”

And:  Wynonna revealed that she was thrown off by the wig her mother was wearing, that night.  She said, “The first thought in my head was, ‘No, I don’t want to hug her or comfort her.  I want to pull her wig off,’ because that was the dynamics of our relationship.  It was tough and tender.”

Naomi died of a self-inflicted gun shot wound, on April 30, 2022 at her Nashville area home.  This was after a lengthy battle with depression.