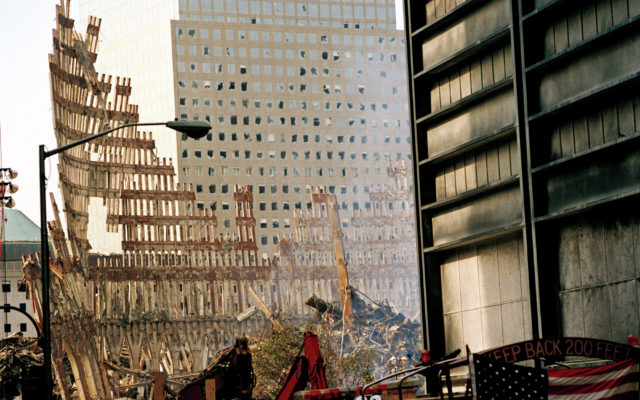 “Patriot Day falls on the 11th of September (also commonly known as ‘Nine-Eleven’) and is remembered globally as the anniversary of the catastrophic terrorist attacks on the USA of September 11th, 2001.
Embedded in the memories of everyone who lived through it, this was the day four jet planes were hijacked and crashed into the New York World Trade Center and the Pentagon in Arlington, Virginia, causing the deaths of 2,977 people. The fourth plane (United Airlines Flight 93) was directed at Washington DC, but its passengers bravely attempted to take back control and it crashed into a field near Shanksville, Pennsylvania.
The large majority of those lost after the attacks on the Twin Towers were working at or above the points of collision; thousands of people who had gone to work that morning like every other day, found themselves suddenly stranded at the top of a burning skyscraper. A number made the choice to jump from the flaming buildings rather than wait to be caught by the flames or for the building to collapse. No one could forget the terrifying and heartbreaking stories and images captured by the news footage of the day.
In the wake of the World Trade Center collisions, many brave men and women from the emergency services risked their lives to try to help rescue victims of the attacks, and of them 411 lost their own lives attempting to fight fires and rescue people.
Patriot Day is recognized by US law as the official day of remembrance for these tragic events, and has been observed every year since. Each year on this day, American flags are flown at half-staff to honor and commemorate those lives lost. The US President asks fellow Americans to observe a moment of silence at 8.46am (Eastern Daylight Time), the time of the first plane collision into the North Tower of the World Trade Center.
While the events took place within the USA, the shock and grief experienced in response to the attacks was shared across the globe, and for this reason Patriot Day will be observed not only in America, but all over the world.”

Country star Alan Jackson captured what many of us were feeling watching what took place that day in September of 2001. He debuted the song publicly at the Country Music Association‘s annual awards show on November 7, 2001. Here’s the video of that performance: