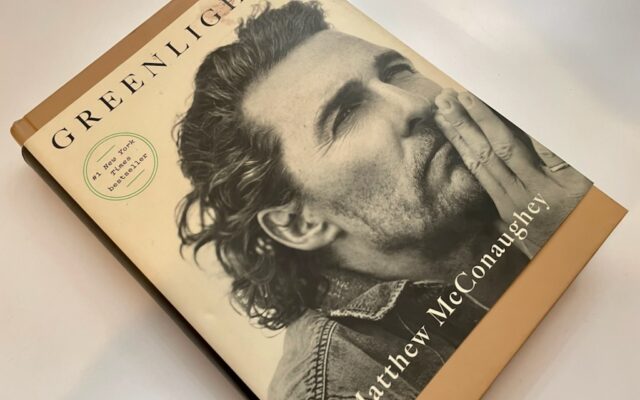 Matthew McConaughey is on a mission to change gun laws.  The Oscar-winner was born in Uvalde, Texas, where the Robb Elementary School shooting took place.  He has been “boots on the ground,” trying to effect change since the tragedy took place.

A day after publishing an op-ed in The Austin American-Statesman on “gun responsibility,” the Dallas Buyers Club actor gave an impassioned speech at the White House, to urge lawmakers to enact gun reform legislation.

On Tuesday (June 7th), McConaughey stood at the press briefing podium; and he held up a drawing by Alithia Ramirez, one of the victims – who was just 10 years old.  He shared that she dreamed of going to art school in Paris.

McConaughey later fought back tears, as his wife, Camila Alves, held up a pair of green Converse sneakers that belonged to Maite Rodriguez, another one of the victims.  The shoes were the “only clear evidence that could identify her,” he said, slamming the podium.

“Can both sides see beyond the political problem at hand and admit that we have a life preservation problem on our hands?” McConaughey pleaded.

The actor got emotional, during an address in the White House briefing room, calling for “laws that save innocent lives and don’t infringe on our Second Amendment rights.”

He also told stories about meeting with families of victims of last month’s mass shooting at Robb Elementary School.

McConaughey has flirted with the idea of entering politics – he mulled a run for Texas governor, last year, before he decided to not enter the race.