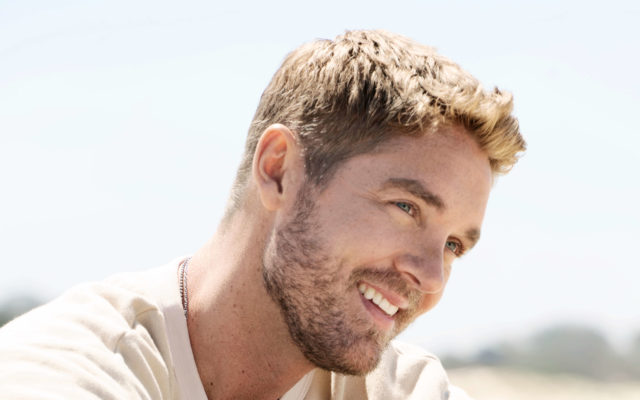 Brett Young has released the music video for his latest single “You Didn’t,” which was directed by his longtime video collaborator Seth Kupersmith.  Brett’s co-star in the clip is his wife, Taylor Mills Young.

He said, “The cool thing about this video is that it lets you in on how the narrator is actually feeling, as opposed to how he’s presented in the song.  He is saying all the right things so his girl doesn’t feel guilty, but then the video sheds light on how much of that is a lie, and how deeply he’s actually struggling.  As always, Seth delivered beyond my wildest expectations and it’s never a bad day when you get to work alongside your beautiful wife!”

In other Brett news, he recently surprised one young fan with an unforgettable birthday gift.  On Friday (February 18th), he posted a video on social media, of how he snuck to a little girl named Abbie‘s house, with her family’s help.  He then serenaded her with his hit, “Lady.”

Brett explains that he had learned that Abbie and her friends were celebrating with a life-sized cardboard cut-out of Brett.  So, as he says in the video, he wanted to see “what would happen if the real me showed up.”

He added, “We told them it was gonna be on Zoom, and I think they were all a little in shock.”

Brett captioned the post with, “This.  Was.  Incredible.  It was a pleasure meeting you, Abbie!“