Miranda Lambert and her husband, Brendan McLoughlin, are okay after a hit-and-run accident. The couple was driving along I-20 West near Atlanta when a car side-swiped their Airstream. Lambert says they were on a road-trip at the time and were forced to cut it short. She says the driver sped away after the wreck. Luckily, they were not hurt, and the Airstream wasn’t badly damaged. 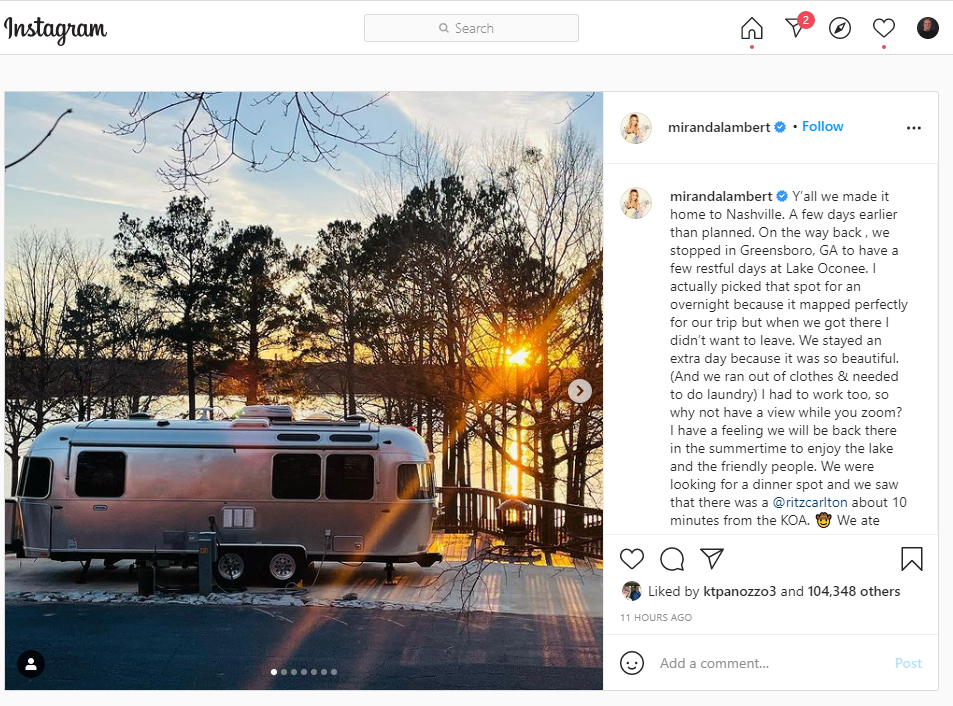