The rescheduled 2020 Kennedy Center Honors is now set to be filmed between May 17-22, and Garth Brooks will be there to collect his honor. The 43rd Kennedy Center Honors for lifetime artistic achievements will also celebrate Debbie Allen, Joan Baez, Midori and Dick Van Dyke. The two-hour Honors Gala will air on June 6 at 8pm Central on CBS.
The Kennedy Center Honors were originally set to take place back in December but were postponed due to the pandemic. The medallian ceremony will be held during “multiple events for physically distant audiences,” according to organizers.
The usual concert featuring tributes and performances is still not going to be able to happen this spring. Kennedy Center President Deborah Rutter told USA Today, “We’re clearly not going to have 2,000 people in an enclosed space for three hours, but I think we’ve come up with some really great ideas.” 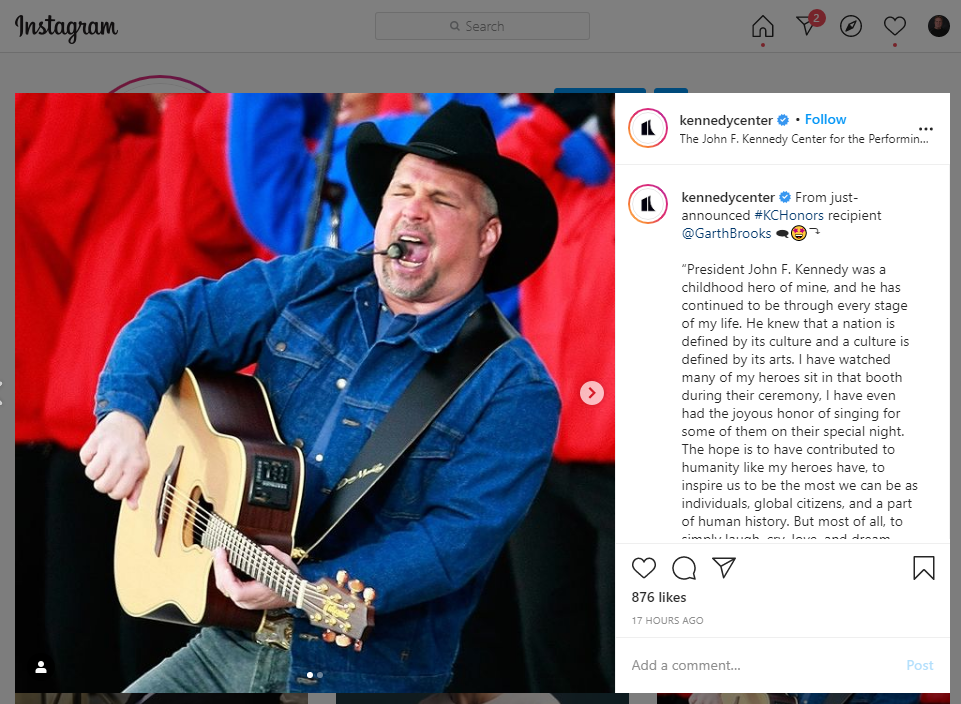