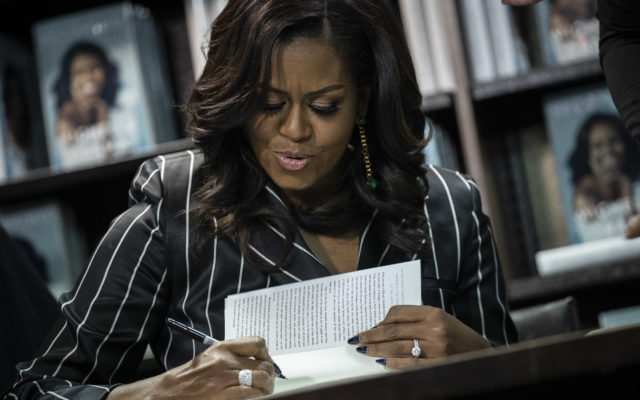 NEW YORK, NY - NOVEMBER 30: Former U.S. First Lady Michelle Obama signs copies of her new book 'Becoming' during a book signing event at a Barnes & Noble bookstore, November 30, 2018 in New York City. The former first lady's memoir has sold more than 2 million copies in all formats in North America during its first 15 days on the market, according to a statement released on Friday by Penguin Random House. (Photo by Drew Angerer/Getty Images)

Barack Obama publicly wished his wife, Michelle Obama, a happy birthday, Friday…  And that wasn’t the end of it…  by a long shot!

The former president shared really cute black-and-white photobooth pictures of them, together, on Twitter.  Obama wrote, “In every scene, you are my star.  Happy birthday, baby!”

Many people have retweeted the birthday wish; and have commented on Barack’s words to the former First Lady.  One person said, “Oh my God!  So cute.” While another person tweeted “Couple goals.”