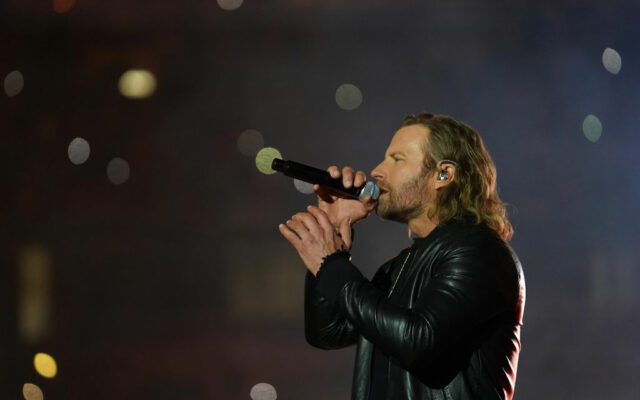 NASHVILLE, TENNESSEE - FEBRUARY 26: Dierks Bentley performs with Miranda Lambert during the first intermission of the 2022 NHL Stadium Series game between the Tampa Bay Lightning and the Nashville Predators at Nissan Stadium on February 26, 2022 in Nashville, Tennessee. (Photo by Evan Frost/NHLI via Getty Images)

Dierks Bentley will hold his Seven Peaks Music Festival in San Luis Valley in Villa Grove, CO on Labor Day weekend (September 2-4). This is Dierks’ third time to host Seven Peaks, which was postponed for the last couple of years due to the pandemic. More information on the upcoming event including lineup and ticket details will be revealed on April 13th.

“I’m so excited for Seven Peaks, I guess you could call it 2.0. You know we had a successful launch those first few years – in ’18 and ’19 – but obviously the pandemic messed up a lot of things. But the new location is killer. (It’s) right down the street from the old spot. The lineup is incredible, and I’m so excited for the launch, the re-launch of Seven Peaks, and so excited to see how the fans respond to it.”

Dierks’ Beers On Me Tour kicks off on June 3rd in Wilmington, NC with special guests Ashley McBryde and Travis Denning.

He’s climbing the charts with “Beers On Me,” featuring BRELAND and HARDY.