LIVE SMARTER NOT HARDER: Sparklers or No Sparklers, This Fourth? 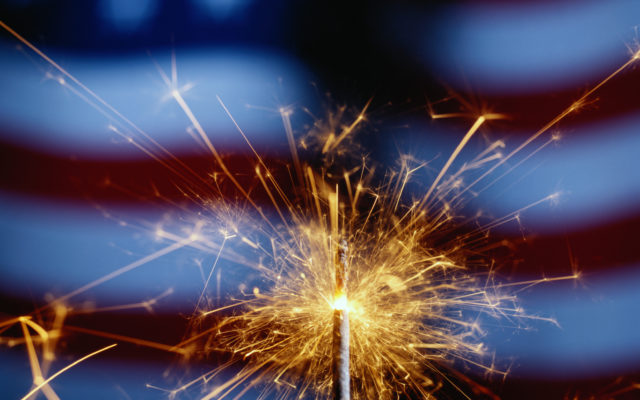 Arguably, fireworks and sparklers are the centerpiece of America’s Independence Day celebrations.  But for thousands, each year, the thrill of using them at home is offset by pain, disfiguration and lasting damage (including mental) from the injuries and the loss of property, caused by them.

I don’t want to be a party pooper – I just want you to enjoy every Independence Day, in GOOD HEALTH.  But all of us risk getting badly hurt, especially when pyro-technic specialists are not involved.  And one group will be hurt most of all:  Children.

Little ones are at special risk for injury from sparklers and fireworks, and – till this year – have accounted for more than a third of emergency room visits, for these kinds injuries.  Children between the ages of 5 and 9 are more than twice as likely as people in other age groups to be injured by sparklers and fireworks.  They are too young to understand the danger; yet they are old enough to get handed a sparkler, without precaution.

Their little arms don’t extend this harmless-looking fire far enough from their clothing, so, many kids suffer very serious burns.  That’s because the “spark” from a sparkler is burning at about 1,200 degrees Fahrenheit — hot enough to melt some metals.  It will catch clothing on fire within seconds, then spread before a minute passes (thank you, Chicago Fire Department, for demonstrating this on ABC 7, this week).

One parent tried to protect little hands, by using a red Solo cup, and poking the sparkler handle through it.  The cup melted onto the little one’s fingers, and the child’s clothing still caught fire.

And it’s not just sparklers.  It’s also the E.R.

Unfortunately, this year, with so many public displays cancelled, over pandemic concern, more private citizens are likely to take fireworks and sparklers – literally – into their own hands.  Hospital workers brace for serious Emergency Room problems, this Fourth, while they still battle COVID-19.

“Over 12,000 fireworks injuries were treated in emergency rooms in 2017 (Statistics for 2018 have not yet been published, but the numbers have been rising every year),” according to CHOP.  “They included burns and serious eye and hand injuries.  Some of the injuries resulted in death.”

From last year:  “If you want to experience the spectacle of fireworks with your family, attend a public fireworks display,” says Gina Duchossois, an injury prevention expert at Children’s Hospital of Philadelphia (CHOP).  “Even if fireworks are legal to purchase and use in your community, they are not safe around children.”   This year, public displays aren’t happening.

The risk of burns from sparklers:

“Some people treat sparklers much too casually,” says Duchossois.  “They allow children to play with them as if they were toys.  But sparklers burn at an extremely high heat:  1,200 degrees Fahrenheit — hot enough to melt some metals.  The sparks can cause burns and eye injuries, and touching a lit sparkler to skin can result in a serious burn.”

More than half of the fireworks injuries to children under the age of 5 are caused by sparklers. Among the casualties listed in the Consumer Product Safety Commission’s 2017 Fireworks Annual Report was a 4-year-old girl who died from a sparkler-caused injury.

If you think your older children are mature enough to use sparklers safely, only let them do so under close adult supervision. Do not allow any running or horseplay while they are using sparklers.

If you do choose to use fireworks at home, keep children well away from them and follow these basic safety practices: