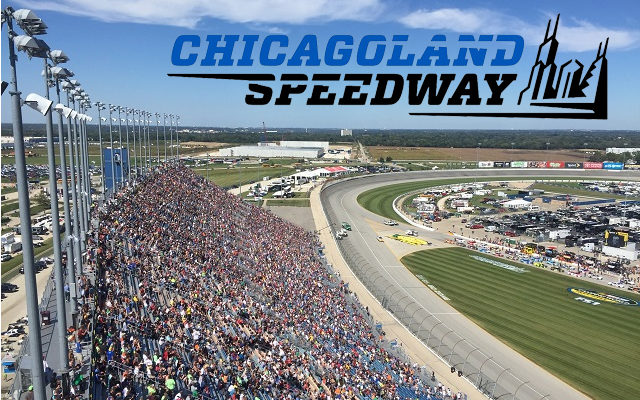 This limited-time offer is only available until 11:00 a.m. CST on February 16, 2020 or while supplies last.  With the announcement of Jimmie Johnson’s final season, and Busch coming off his second NASCAR Cup Series Championship, fans are excited to see the two stars get the 2020 season started with a win in “The Great American Race.”

“If the Great American Race wasn’t exciting enough for fans, this promotion gives a compelling incentive to get behind these legendary racers for a chance to win free tickets to the Chicagoland 400 on June 21,” said Chicagoland Speedway President Scott Paddock.

With this offer, fans who purchase a single-day NASCAR Cup Series Chicagoland 400 ticket – and pay, in full, between now and the DAYTONA 500 – will receive a ticket refund, following the race, if Busch or Johnson earn the victory.  Eligibility is limited to single-day Chicagoland Speedway NASCAR Cup Series purchasers, in all sections of the grandstands, by using offer code:  DAYTONA2020 – or logging onto www.chicagolandspeedway.com/daytona.

Busch and Jonson are no strangers to Daytona International Speedway.  With a combined 32 starts in the DAYTONA 500, Busch looks to secure his first DAYTONA 500 win.  And Johnson is set to add a third DAYTONA 500 win to his legacy.

The promotion began Friday, February 7, and will close one hour before the start of the DAYTONA 500, Sunday, February 18 (race start time scheduled for 1:30 p.m. CT) – or while supplies last.  Fans can visit www.chicagolandspeedway.com/daytona to purchase their tickets.

The complete 2020 NASCAR schedule, at Chicagoland Speedway is as follows: