What’s Something Weird Your Family Did That You Thought Was Totally Normal? 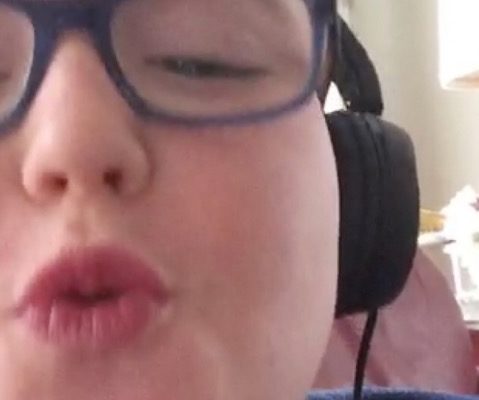 Someone on TikTok asked people to name weird things their family did that they thought were normal as a kid.  Like, one woman thought everyone took off all their clothes when they got home.  She eventually found out her parents were nudists.

What’s something weird your family did that you thought was totally normal as a kid?  Here are a few of the weirdest answers we’ve seen . . .

1.  KEEP SINGING:  For his whole life, a guy thought the “Happy Birthday” song had a second verse about hoping the person would, quote, “live a hundred years and drink a hundred beers.”

2.  FOR REAL?!  A kid had to make a PowerPoint presentation every December to show his dad why he deserved the Christmas gifts he asked for.

3.  OMGoodness:  A girl’s parents were nudists.  So until she was a teenager, she thought everyone just took all their clothes off as soon as they got home from work.

4.  NASTY:  A guy’s parents always wrote him an allowance CHECK when he was too young to know any better.  So he’d put them in his piggy bank and save them up.  Eventually, he found out they were scamming him.

5.  NICE:  A mom collected her kids’ tears whenever they cried, and put them in the fridge.  Then they’d check later, and they’d magically turn into chocolate chips.  (???)

[My kids thought every one was on the radio, whenever they wanted – because both of their parents worked at radio stations – and we used to let them come into the studios and do little shows, sometimes with their friends. LOL  ~ Mo]