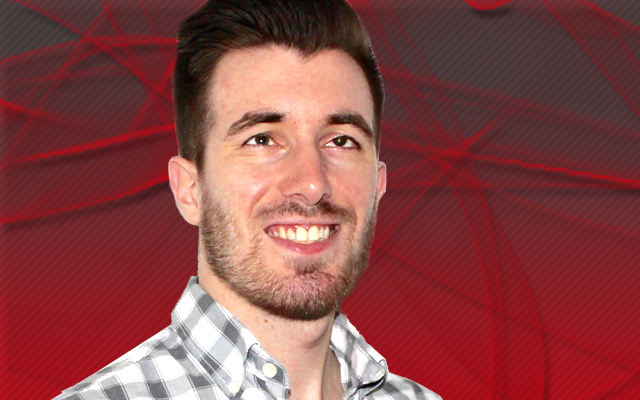 (from the Go Fund Me Page)

When I was born I was diagnosed with a rare eye condition known as FEVR (Familial Exudative Vitreoretinopathy). I went through numerous surgeries before I was even a year old to repair my eyes as much as possible. I was given enough vision to live pretty close to a normal life; I went to school with little to no accommodations, played baseball competitively with a few alterations, and graduated college-all things I’m very proud of.

FEVR is a condition that can cause changes at any time, I didn’t experience any until the summer of 2010 when the pressure in my left eye got so high that the blood vessels burst and completely tore the retina away from my eye and I lost all the vision in that eye.

Fast forward 8 years later. I had been the “weekend warrior” at WCCQ from February to October 2018, operating the NASCAR races every weekend and doing my best to entertain you, the listener, each Saturday Night and Sunday Afternoon.

At the end of October I woke up with an extreme change in vision and went to a specialist right away. I was told that my retina in my right eye was detaching and to go to Detroit, Michigan to see a Doctor who had done those surgeries when I was a baby. Scans and tests were done and I was told that there was inflammation and swelling that was causing the retina to be pushed away from my eye, causing the loss of vision. The Doctor informed me that, at that point, a surgery was very risky and wanted to give me eyedrops to combat the inflammation and swelling.

Since then, my family and I have been to Detroit 7 times. I have had 4 total injections and have continued the eye drops. I’m happy to say there has been progression and some vision has been regained. I am scheduled to go back in the first week of April for another analysis. It is possible now that I could have surgery to repair the damage, or receive another injection depending on what the Doctor thinks is best.

41 mins ago
Connect With Us Listen To Us On