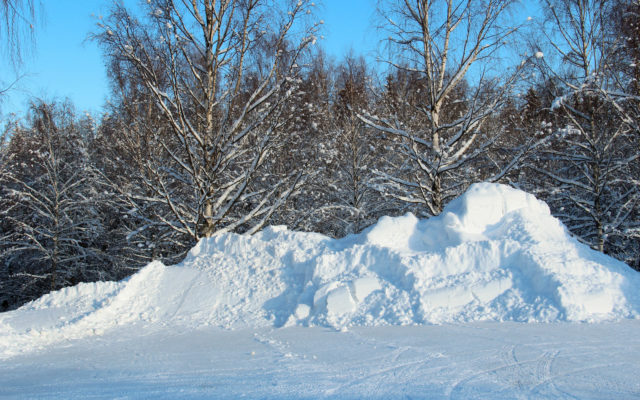 Pile of snow in front of forest a sunny winter day

Northern Illinois residents are in store for more winter weather as a cold front is expected to move into the area following snowfall that has slowed the Monday morning commute, forecasters said.

The National Weather Service issued a dangerous weather outlook for much of northern Illinois on Monday, predicting light snow followed by sub-zero temperatures settling in after. A winter weather advisory also is in effect until noon.

“Cold arctic air will spread in behind a cold front later today. Wind chills will fall below zero across the entire area tonight, and portions of northern Illinois west of Chicago seeing wind chills as low as 15 below to 20 below zero by Tuesday morning,” the weather service said.

A winter weather advisory for much of northern Illinois, in effect till noon, called for up to 3 inches of snow accumulation that was snarling the morning commute in some places. That advisory included portions of north central and northeast Illinois, including the counties of Winnebago, Boone, McHenry, Lake, Ogle, DeKalb, Kane, DuPage, Kendall, Grundy, Kane and Kankakee, along with southern and eastern Will County and northern, central and southern Cook County.