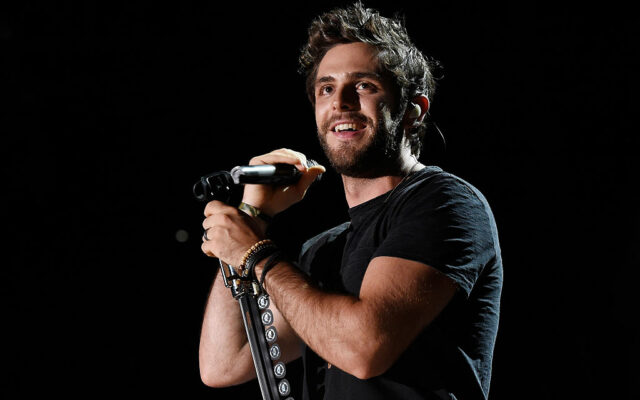 Thomas Rhett releases his latest album, Where We Started, today (Friday, April 1st). The project features his current hit, “Slow Down Summer,” which is a Top 11 song and climbing on the Mediabase country chart.

It’s unusual to release three full-length albums in less than two years, however Thomas tells us it was important to let the fruit of these particularly creative years be heard by fans.

“You get into 2020 and that’s like a forced year off the road where I think you either had the choice of watching Netflix or really pouring into your songwriting (laughs), cause I really tried to write almost every day of 2020. Between the end of 2019 and today we probably wrote 300 songs and I couldn’t handle sitting back and watching 190 songs just have to wait for four years to come out, and so that is the reason that there is so much music coming out. It’s not just cause I’m trying to put content out but it’s because these songs deserve a chance to be heard,”

“I was alone with my thoughts in 2020 and wrote a lot of songs, just me and the guitar, and I wanted to write some more things that made my kids smile and made my kids want to dance.” He continued, “I started playing the record, and I kept taking notes of the ones they wanted to listen to over and over again.” He added, “There were five or six on there that now when we get in the car, my 2-year-old will be like, ‘Play daddy song, daddy song.’ And if it’s not one of those six, even if it’s an older song of mine or a newer one, those are the only six that she cares about. So those made it on the record for sure.”

Thomas will be live streaming with Amazon Music tonight at 9 p.m. ET to celebrate the release of Where We Started. Fans can watch for free on the @amazonmusic Twitch channel and Prime Video.