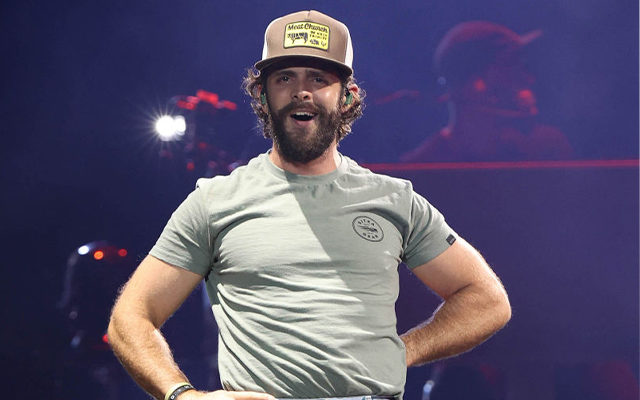 Thomas Rhett recently spent some work time at home, signing posters for the vinyl release of his album, Where We Started.

So, Rhett shared a couple of videos of himself, signing the posters.  And he included a special poster, which he signed and drew on.

“I’m going to do a one-of-one,” said Rhett, as he drew on the poster:  glasses over the picture of his face, a necklace, bushy eyebrows… and he listed his favorite song on the album, “The Hill,” across the forehead on the poster.

Rhett signed over 10,000 posters; so he’s excited to see who will get his exclusive creation.

“Where We Started,” will have 15 tracks, and will be released on April 1st.

[Now that you know Rhett has created a unique poster for his album release, will you purchase a vinyl album when they become available?]