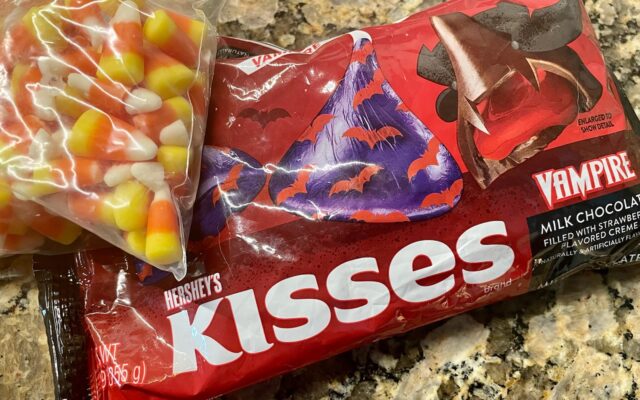 “Popular Mechanics” did a story on an overly complicated formula that tells you if you bought enough Halloween candy.  The formula is:  T times K times G . . . plus D times F times S . . . divided by 75.  Here’s what all that means . . .

“T” stands for the amount of “time” in hours that you plan to hand out candy.

“K” is the estimated number of “kids” per hour you expect to show up.

“G” stands for “generosity factor” . . . or how many pieces you’ll give each kid.

“D” is the number of “days” you’ll have it in your house before Halloween.  That’s to factor in all the candy YOU’LL eat.

“F” is the number of “family” members in your home, because they’ll eat some too.

“S” stands for “sneakiness level,” or the number of pieces your family will eat each day.  Then divide it all by 75, which is the average number of fun size candy bars in a bag.

Add that to the first number, and you actually need 654 pieces of candy.  Then divide it by 75, and you need about nine bags of candy to get through Halloween.  But if that’s not enough, they added one more wrinkle.  If there’s rain in the forecast, divide the final number by 1.5, because you’ll need about a third less candy. Got it? I don’t.