These Are the Cutest Dog Breeds . . . But Cats Are Cuter Overall 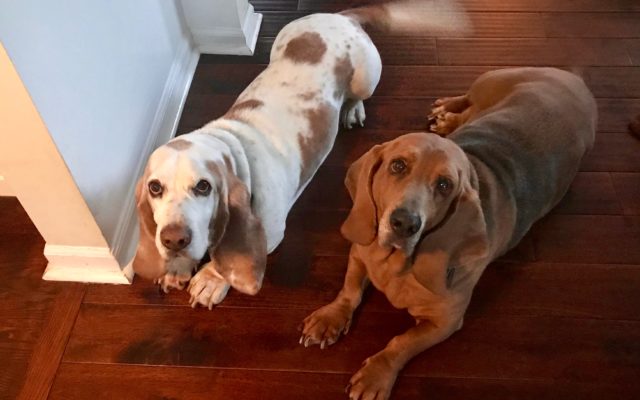 What’s the “cutest” dog breed?  A study used the “golden ratio” of how symmetrical different breeds are, and found Dalmatians are #1.  But overall, CATS are actually considered cuter than dogs.  [These are my hounds, Hank & Hunny.  He’s a Basset.  She’s what we call a “Bloosset” – Basset and Bloodhound mix.  ~ Mo]

Everyone thinks their dog is the cutest.  Now here’s some science to prove you wrong:  A new study ranked the cutest dog breeds using the “golden ratio,” or how symmetrical their face, ears, tongue, and other features are.  And according to the results, DALMATIANS are the most attractive dog.  Here are the top ten . . .

5.  Basset hound (They’re in so many commercials, now; because marketing research reveals their appeal to us).

A few more, which made the top 20:  pugs, Schnauzers, Siberian huskies, English bulldogs, and bloodhounds.

Dogs aren’t the CUTEST pet out there though.  The study mostly focused on them, but found that according to the golden ratio . . . CATS are the cutest pet.

The top five are cats, ferrets, rabbits, hamsters, and dogs – in fifth place.

Bark up this tree, for more:  (Money Beach)