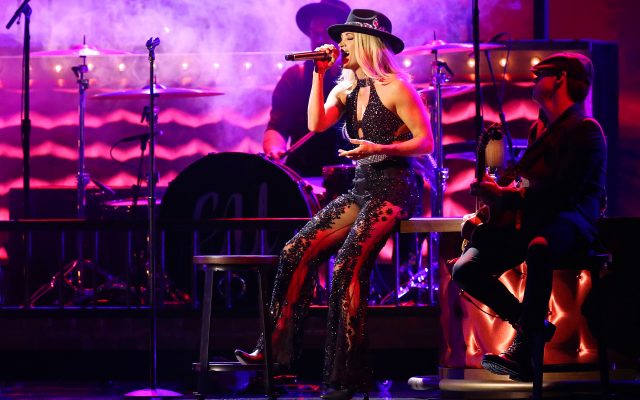 In many forms and fashions, the CMA Awards on Nov. 10 will highlight the impact of country music’s duets over the last year. Yes, country music has always been a space — whether it’s Tammy Wynette and George Jones to Kenny Rogers and Dolly Parton, and more — where superstars have joined forces for greater success. But in 2021, the year has seen charts, tours, and memorable moments dominated by headline pairings.

Here are five pairs sure to stand out on the live telecast, whether as nominees and/or performers.

”Nominated for Musical Event of the Year, Music Video of the Year, Single of the Year and they’re appearing as performers, Chris Young and Kane Brown have enjoyed an immensely successful year with “Famous Friends.” The track spent 15 weeks in the Top 5 of Billboard’s Country charts and marked Young’s 12th career No. 1 hit and sixth for Brown. Via a press release, Young said the autobiographical song is “a piece of me and it means a lot because it’s honest and it’s real-life.”

“This song wouldn’t be what it is without Carrie, she took it to a whole different level,” Jason Aldean noted recently about the success of “If I Didn’t Love You,” his chart-topping duet with Carrie Underwood. The soaring duet will be highlighted on Nov. 10 when the pair will take the stage together for the debut television performance of the song. Though not nominated at this year’s ceremony, the potential for the song to achieve that acclaim in 2022 feels certain.

Dierks Bentley, HARDY, and BRELAND – “Beers On Me”

2021’s most “feel good” anthem — and “feel good” performance at the CMA Awards — could be Dierks Bentley’s collaboration with songwriting powerhouses HARDY and BRELAND for “Beers On Me.” It is another outstanding collaboration for Bentley, alongside his April performance of “Pride (In The Name of Love)” with The War and Treaty at the 2021 ACM Awards. For HARDY, it joins his HIXTAPE project, plus a cover of Puddle of Mudd’s two-decade-old rock classic “Blurry” to highlight his year. For BRELAND, it’s another year with another fast-growing smash (akin to 2020’s “My Truck”) for the rising hit-maker.

Carly Pearce and Ashley McBryde – “Never Wanted To Be That Girl”

The heart-stopping standout moment on Carly Pearce’s critically acclaimed album project 29 is her duet with Ashley McBryde for “Never Wanted To Be That Girl.” Both Pearce and McBryde have had a multitude of standout moments in the past two years. However, quarantine proved to be essential to both creators’ climb to success. Songs like McBryde’s “One Night Standards” and Pearce’s Lee Brice collaboration “I Hope You’re Happy Now” proved to be the kind of slow growers that allowed them both to grow sizable fanbases in 2020. 2021 finds them at a place where one song — and live performance — highlights that they’re both breakout and breakaway country superstars on the rise.

Kelsea Ballerini and Kenny Chesney – “Half of My Hometown”

Though not performing together at the CMA Awards, Knoxville-area natives Kelsea Ballerini and Kenny Chesney joined forces for the ballad “Half of My Hometown” and it’s a nominee for Music Video of the Year at the event. The story behind the collaboration is one of the more entertaining in recent memory. To Taste of Country Nights, Ballerini noted that Chesney replied to a text from Ballerini by writing, “I love this song. It made me emotional listening to it. Let me figure out my plans because I want to do [the collaboration] and do it right.” After a few months elapsed, the two joined forces in the studio. “I wore my ’Knoxville’ t-shirt and [Chesney] face-timed my dad. It was wild,” she noted. “My dad still lives in Knoxville, so when he got that face-time [from me], he couldn’t keep it cool.”