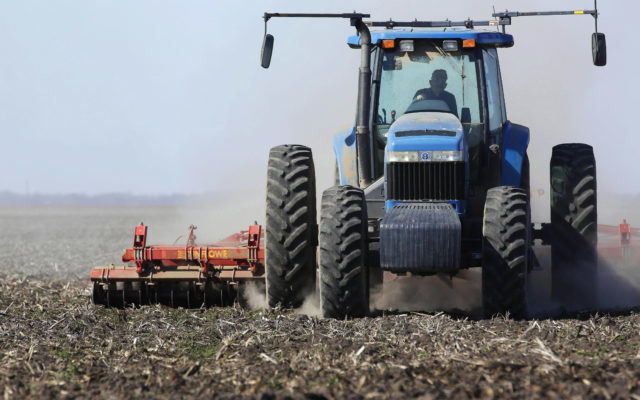 FILE - In this April 4, 2013, file photo, a central Illinois corn and soybean farmer cultivates his field in preparation for spring planting in Waverly, Ill. Officials say Illinois farmers had the safest season in decades last year, with a dozen farm-related fatalities. The deaths occurred between July 2012 and June 2013. The 12 deaths were the lowest number since the insurance company Country Financial began tracking the figures in 1978. (AP Photo/Seth Perlman, File)

Thanksgiving isn’t exactly known for heaping portions of veggies . . . and most of the veggies that do make it to the table are baked into casseroles, which isn’t the healthiest preparation.

Someone dug through Google Trends data to figure out which casseroles are popular in each state! Casseroles with GREENS are #1 in 17 states.  Those include various green bean and broccoli casserole recipes.

Nine states had more unique casseroles.  Pennsylvania and Maryland prefer “leftover casserole.”  It’s unclear if that’s a normal casserole that just tastes better the next day . . . or a casserole made after Thanksgiving from the leftovers.