Should We Bring Back the “Election Cake”? It Was an Actual Voting Day Tradition… 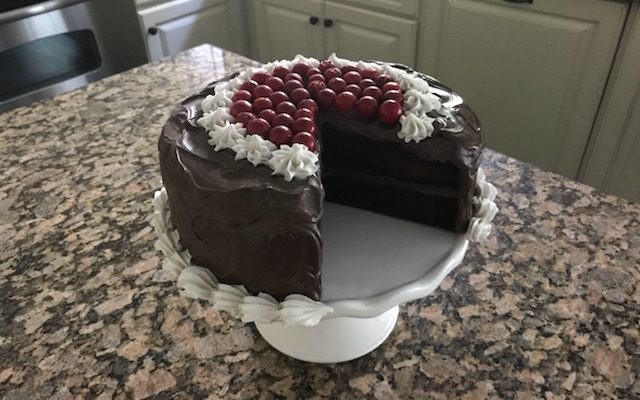 There’s an old Election Day tradition that’s making a comeback right now:  Baking an ELECTION CAKE.  It’s kind of like a dense fruit cake, which early Americans would eat, to keep them feeling okay, during the long nights of counting ballots.

Need some way to deal with the insanity of this Election Day?  Maybe it’s time to revive an old Election Day tradition from the early days of this country:  Baking an ELECTION CAKE.  It doesn’t really have to be anything specific, as long as you enjoy it.  Maybe frost a rectangular cake to look like our American flag.  Perhaps a Black Forest type of cake, or a cheesecake?

But, just like our nation, the original is tasty, spicy and full of nuts:  It turns out people used to bake a specific type of cake on Election Day to get through the long nights of counting ballots.  It’s kind of like a dense fruit cake.

The election cake recipe is making a comeback right now . . . between the rise in baking during the pandemic and people’s need for ANYTHING to help make this election smoother, it’s a natural fit.

[Alternatively, some say you could get through tonight by drinking.  Either way.  Get baking…  LOL]

Ahead of Father's Day, Gabby Barrett shares the best advice her dad ever gave her