Running with Elks: Wait, That’s Not a Pack of Wolves… It’s a WHAT?! 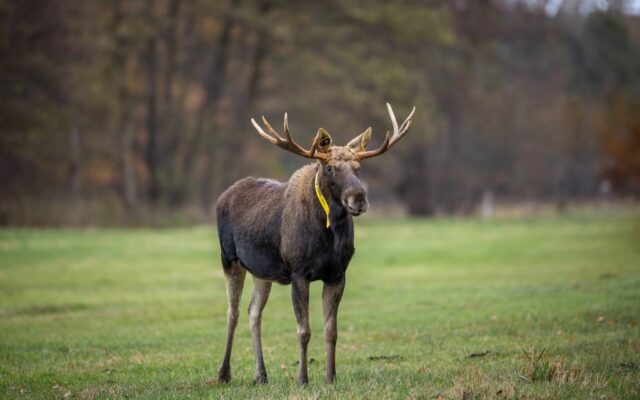 09 November 2021, Brandenburg, Dobbrikow: A moose stands in a meadow. For several years now, a single free-ranging bull moose has been roaming the meadows of the Nuthetal valley. The animal, which originates from Poland, often seeks the proximity of cattle. In 2018, a yellow transmitter collar was put on the moose to document its routes. Photo: Ingolf König-Jablonski/dpa-Zentralbild/dpa (Photo by Ingolf König-Jablonski/picture alliance via Getty Images)
‘Wolf Pack’ in Colorado Turns Out to Be Escaped Saint Bernards
Who are those canines, running with elks?  They don’t look exactly like wolves, but…

A suspected pack of wolves in Colorado, has turned out to be five Saint Bernard dogs, who had escaped.

The investigation found the animals were five dogs who had escaped their enclosure.

The owner of the canines is receiving a notice from Park County Animal Control.