Ricky Skaggs Feeling ‘150%’ After Quadruple Bypass: ‘It Was a Blessing I Didn’t Have a Heart Attack” 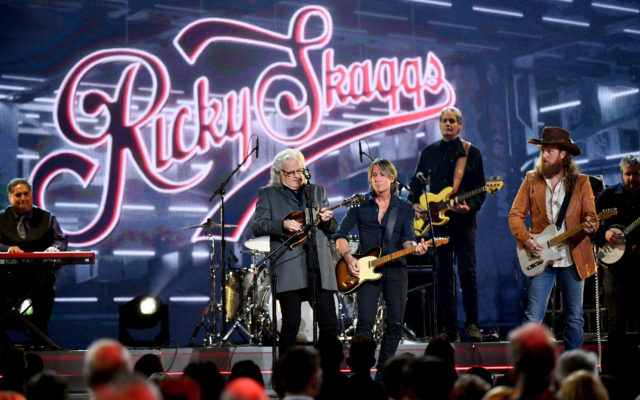 NASHVILLE, TN - NOVEMBER 14: (FOR EDITORIAL USE ONLY) Ricky Skaggs and Keith Urban perform onstage during the 52nd annual CMA Awards at the Bridgestone Arena on November 14, 2018 in Nashville, Tennessee. (Photo by Michael Loccisano/Getty Images)

For more than six months, Skaggs had been getting winded, easily; and had been receiving signs that he needed to get it checked out.

Unfortunately, Skaggs didn’t pay attention to the signs…  In January and February he had been out on tour.  Then, as lockdowns began, he stayed at home, and helped his wife care for her father.  Plus, a new baby was born in the family.

But, after Skaggs finally did see a doctor it was quickly determined that he would need to have a quadruple bypass, “It was a major blessing I didn’t have a heart attack.  Nothing was hurt, and nothing was destroyed or irreparable.  It was just by the mercy and grace of God that all of this happened in this way.”

Have you put off a health procedure only to find out that if you had put it off any longer it would’ve been detrimental?