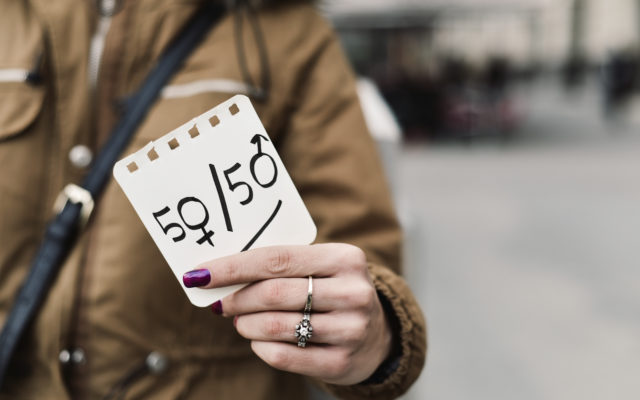 young caucasian woman in the street shows a paper with the text 50/50 written in it, with the zeros as the female and male gender symbols, depicting the gender parity concept, negative space on right

If you think the acceptance of non-traditional gender roles is a product of the new generation, think again.

Researchers in Finland say they’ve determined that a body, found in a 1,000-year-old grave, is that of a nonbinary person…  and not just any person.  According to a study, published in Tuesday’s European Journal of Archaeology, the body inside the iron grave belonged to a leader, or someone who was loved by many.

“The overall context of the grave indicates that it was a respected person whose gender identity may well have been nonbinary,” the study reads.

The grave was actually discovered in 1968.  However, because the body was dressed in women’s clothing, they believed it to be that of a woman.

However:  Researchers recently ran a DNA test on the body because they were puzzled by sword found in the grave.  That’s an item which is traditionally buried alongside men, of that period, they say.