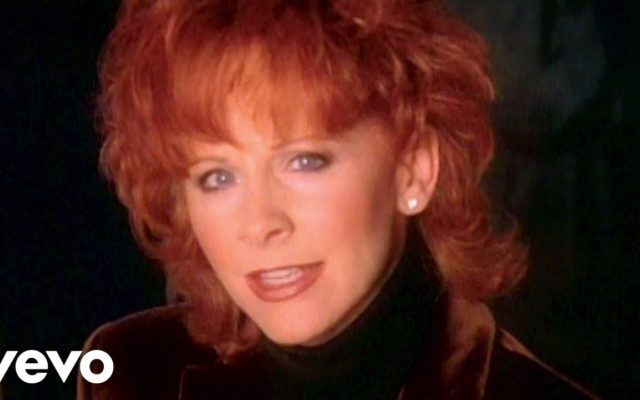 Reba McEntire played a game of “Rumor Has It” . . . and revealed she does believe in reincarnation, she did once take a drag queen on tour, and she never leaves a State Fair without a corn dog.

When you’ve been famous as long as Reba McEntire, there are rumors.  So she set the record straight in a CMT episode of “Rumor Has It“.

Does she believe in reincarnation?  Quote, “Well, I always thought it was a possibility.  And I kinda thought maybe God does believe in recycling too and gave everybody another chance to improve themselves.  So, yeah.  I do.”

Did she really take a drag queen on tour?  Quote, “That’s true.  We had a blast.  It was like, ‘There she is and then there she is.’  He did a great job and really did enhance the show.”

On the rumor that she never leaves a State Fair without a corn dog.  Quote, “Absolutely true.  Everybody knows when I pull up to a State Fair we got to have a [designated] corn dog getter.  And they get it, and when I get into the car, headed out . . . that I’ve got all the corn dogs with mustard and ketchup.”

51 mins ago
Connect With Us Listen To Us On