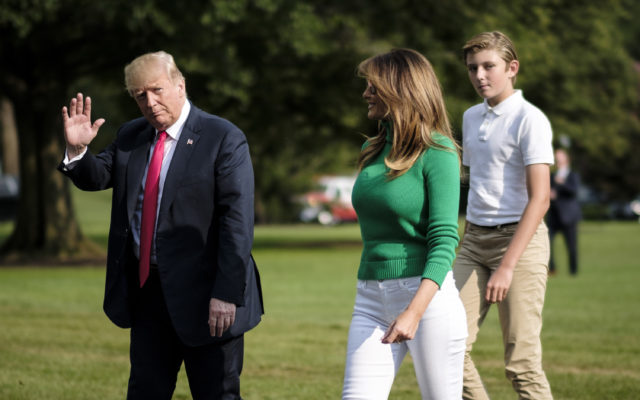 WASHINGTON, DC - AUGUST 19: President Donald Trump disembarks from Marine One on the South Lawn with First Lady Melania Trump and his son Barron, after returning to the White House on Aug. 19, 2018 in Washington, D.C. President Trump was returning from the weekend at his Bedminster, New Jersey golf resort. (Photo by Pete Marovich-Pool/Getty Images)

One of the many perks of the Presidency, which Donald Trump will lose, when he vacates the presidency is his HELIPAD at Mar-a-Lago.

Palm Beach normally doesn’t allow non-emergency helicopters, but they made an exception for him when he won the election.  He installed the helipad so he can pop in and out aboard Marine One.

However:  The exception was only granted on a contingency basis.

Once Trump isn’t president anymore, he’ll have to dismantle the helipad.