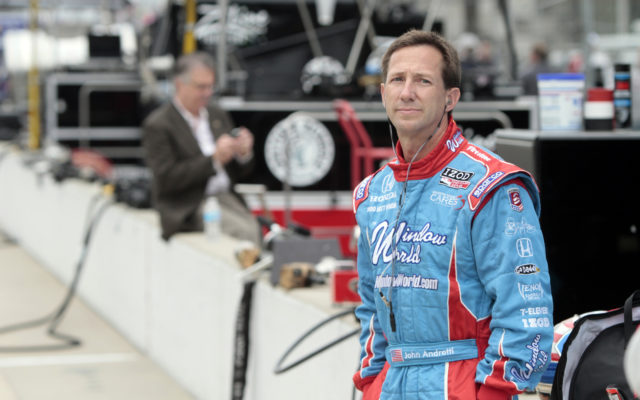 FILE - In this May 19, 2010, file photo, John Andretti watches during practice for the Indianapolis 500 auto race at the Indianapolis Motor Speedway in Indianapolis. Andretti, a member of one of racing's most families, has died following a battle with colon cancer, Andretti Autosports announced Wednesday, Jan. 30, 2020. He was 56. (AP Photo/AJ Mast, File)

Former NASCAR and IndyCar driver John Andretti has died at the age of 56, after a long battle with colon cancer.

Andretti Autosports shared the news on Thursday, calling him a “loving husband and father” as well as a “dedicated teammate” and “driven competitor.”

Andretti, a first cousin of racing legend Michael Andretti, was the first driver ever to attempt “the double,” by driving the Indy 500 and Coca-Cola 600 on the same day.