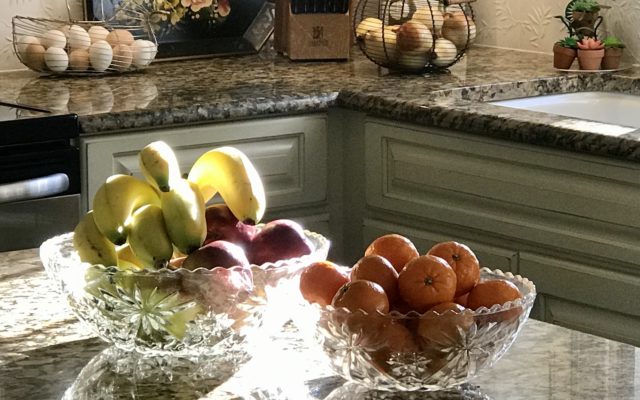 Do the people in your household settle into the exact same spots when you’re at the kitchen table?  Watching TV?  Or just lounging around?

In a new survey, two-thirds of Americans say they do have unofficial, “assigned” seating in their homes.  And most of those people say they’re very passionate about their “spot.”  In fact, 55% would feel “uncomfortable” sitting anywhere else.

A lot of that is probably just routine, but 63% say they actually associate “positive memories” with particular areas or pieces of furniture.

(I can see it now, in 2052:  “I remember the pandemic of 2020, when I sat on my butt in that spot on the couch, and watched thousands of hours of Netflix, to the point where I didn’t even know what month it was outside.”)

These numbers are backed up by another recent poll, where 63% of people said that when they eat dinner at home, they generally sit in the same place.  Only 18% said they did NOT.

14% said they either don’t have a table . . . or they don’t have anyone to eat with.  (Not to needle those poor folks, but even if you’re alone, you can still have a spot where you always sit, right?)