Mo’s Question: Should We Get a Posse Together, to Help Southerners Deal with Cicadas? 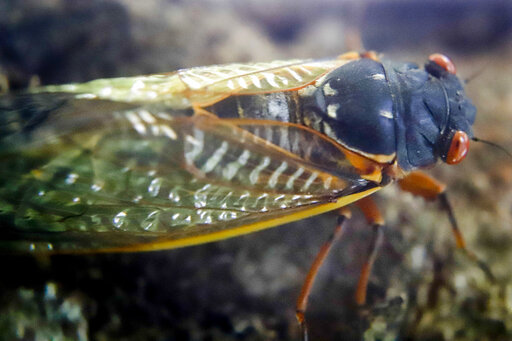 (AP Photo/Keith Srakocic)
A Georgia County Begs Residents to Stop Calling 9-1-1 about Cicadas
Getting grossed out, or thinking there’s a plague, without even checking into it, really isn’t an emergency.  Union County in Georgia is begging people to stop calling about the loud noises cicadas make.

Union County Fire/Rescue & EMA wrote on Facebook, “Union County E911 is receiving multiple 911 calls for ‘alarms’ in the neighborhood.  More than like these ‘alarms’ are not alarms at all but a bug, Brood X.”

The last time Brood X, a specific group of cicadas, made an appearance was in 2004.  The bugs typically come out once the soil reaches 64 degrees.

They rise to tree tops, by flying or climbing, to mate and drop the new brood to the ground.  The littles will then burrow deep, and emerge about 17 years from now.

This is nothing new to lots of Chicagolanders, who understand that the noise of a cicada-emergence can reach a high enough decibel level to sound like a running lawn-mower, or an overhead jet, all day long.