MORGAN WALLEN HAS TOP BILLBOARD 200 ALBUM OF THE YEAR 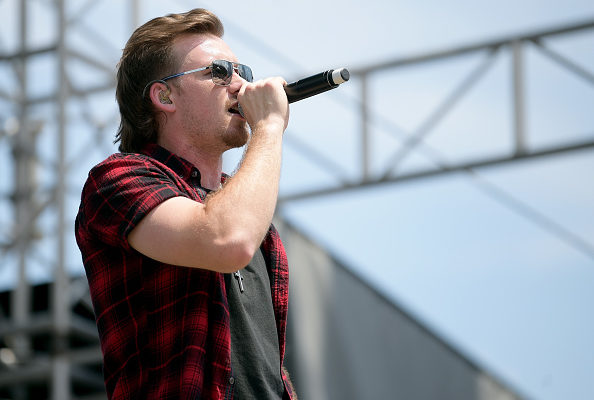 NASHVILLE, TN - JUNE 10: (EDITORIAL USE ONLY) Morgan Wallen performs onstage during the 2018 CMA Music festival at the Chevy Riverfront Stage on June 10, 2018 in Nashville, Tennessee. (Photo by Jason Kempin/Getty Images)

Morgan Wallen has the Billboard 200 Albums chart’s Number One album of 2021 with Dangerous: The Double Album. The 30-song project was released in January and debuted at the top of the Billboard 200 where it spent 10 weeks. According to Billboard, “that’s the most weeks at Number One among all albums since Drake’s Views racked up 13 weeks on top in 2016.”

Morgan shared the news on social media on Wednesday (December 1st) writing, “Thank you to everyone who played a part in the creation and execution of this album. My entire team stepped up and continues to step up daily for me and for each other. I am honored to work beside you. You all know who you are. Thank you to my fans for supporting and believing in me. This couldn’t have been accomplished without God’s grace and without a common love for the country music I’ve been so blessed to be able to make. I love y’all.”