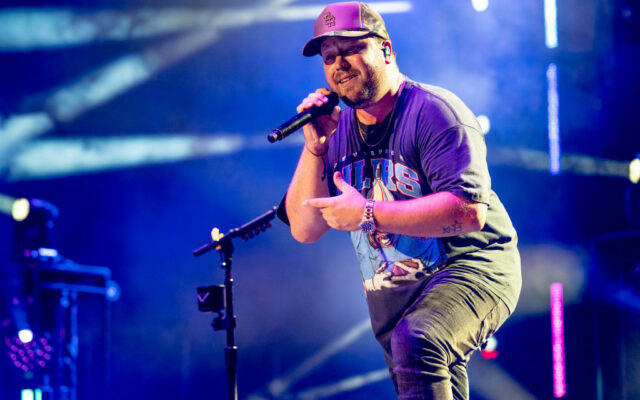 Mitchell shared some video from the party on social media yesterday (Tuesday, August 2nd) writing, “Thank you to everyone who has helped us get to this point. I couldn’t be more grateful for y’all. A billion plus streams, a gold record two songs in the top 10 at country radio and album number two on the way! Love y’all and thank you! We just getting started.”

During the event, Mitchell announced he will release a 20-track album on September 16th called This Is The Heavy. He gave party-goers an exclusive first-listen to track “Always Something With You.”

Mitchell said, “I hope the fans are as excited as I am that this music will be out soon. I spent an enormous amount of time writing during the pandemic and sharing bits and pieces of what I was working on along the way. The fans really showed up for me by giving me feedback on what they were liking. Their direction helped shape this album and stretched me as a songwriter and artist.”

Mitchell is also on the charts these days with his collaboration with Chris Young on their co-written Top 10 hit, “At The End Of A Bar.” Chris stopped by Mitchell’s billion streams party to congratulate him on the success.