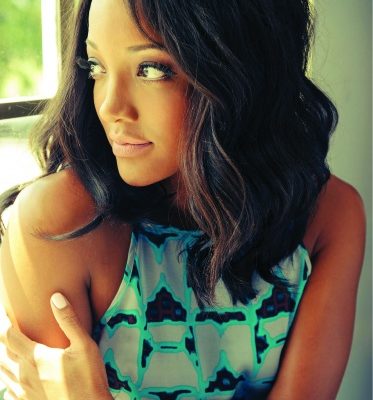 Mickey Guyton took to social media to offer an update about her baby boy, Grayson, as well as her gratitude for all the prayer sent their way.

Guyton’s son became sick on November 11 – which required him going to the ICU – and doctors couldn’t tell, at first, what was wrong.

She said it turns out that he was suffering from dehydration, due to a severe stomach bug.

She thanked everyone very much – and wanted all to know that he felt every single prayer lifted up over him, when he was headed to the ICU.  And she says it is working.  He was stabilized and released from the ICU within a matter of hours.  Little Grayson, who was born in January, continues to recover.

“Guyton delivered an emotional performance at the 2021 American Music Awards Sunday night.  Just days after her 9-month-old son Grayson was hospitalized in the ICU, the country music singer, 37, took the stage at the Microsoft Theater in Los Angeles for a performance of her single ‘All American‘ off her debut album Remember Her Name, marking her first performance ever at the AMAs.”

“Dressed in a silver and black dress with black thigh-high boots, Guyton told the crowd, ‘No matter where you’re from, your race, your creed, who you love. You’re all American. Remember that.’  Her performance continued the theme of unity, with the singer belting out the lyrics, ‘We got the same stars, the same stripes / Just wanna live that good life / Ain’t we all, ain’t we all American.’  The performance sent the crowd roaring in cheers and applause.”