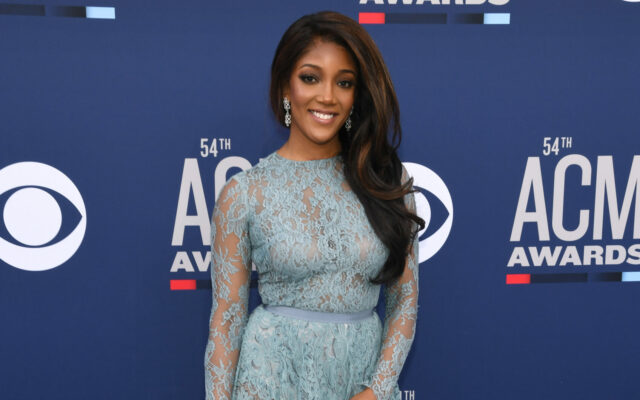 Mickey Guyton prepares for the experience of a lifetime this weekend as she takes to the field at SoFi Stadium in Inglewood, CA, to perform the National Anthem before the start of the Super Bowl game.  The Los Angeles Rams take on the Cincinnati Bengals on Sunday (February 13th).

While the oppportunity is an honor, Mickey tells us it’s also what she calls a “full circle moment.”

“This is such a full circle moment for me.  I wanted to become a singer after I saw LeAnn Rimes sing the National Anthem at a Texas Rangers baseball game, and here I am as a grown woman that’s going to be standing on that field singing this song, and my intentions are togetherness.  There’s so much divisiveness, and I just hope that everybody sees themself in this performance, and I’m just so grateful.”