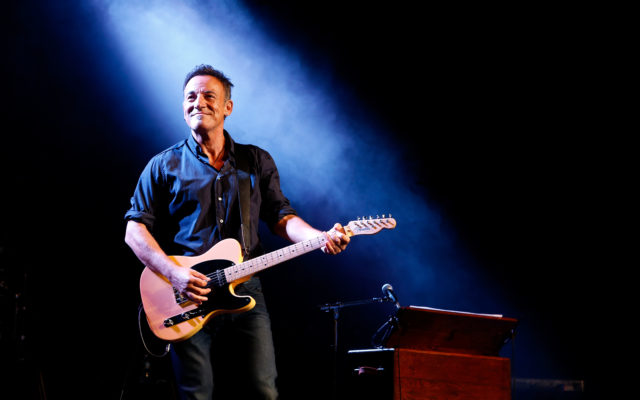 Drummer Max Weinberg takes it “old school,” as he offers some sage advice, about how music fans should listen to the new Bruce Springsteen and the E Street Band album.

At a small, socially distanced show, in Oceanport, New Jersey, Weinberg talked with the crowd about the upcoming album, Letter to You. “Go out and buy the actual record,” he said.  Weinberg further explained that the best way to listen to the album, “By the way, this is a great album, and it’s an album.  It’s 58 minutes long.  You’ll want to listen from the first song to the last.  I’ve tried to explain that to some teenagers today, and they do not get that.  Play it from the first song to the last; and it tells a story that is greater than each individual song.”

Along with drumming for Bruce in the E Street Band, Weinberg was also band leader of the Max Weinberg 7 for Late Night with Conan O’Brien.

47 mins ago
Connect With Us Listen To Us On