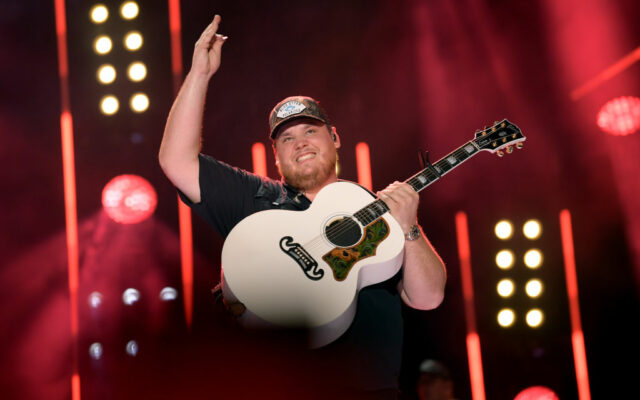 If there’s one thing about Luke Combs’ mom that he inherited it’s her ability to talk . . . a lot, according to her son. Luke tells us you’d see him in her pretty quickly after meeting her.

“The second you talk to her, probably, because she just wouldn’t stop talking. Then you’d be like, if you knew me at all, like, it’s like if we were at the house, you’d be like, ‘God, is this guy ever going to stop talking? Geez! He’s the worst.’ (laughs) That’s probably when you would know. I have I have I have an innate ability to like, I feel like at least, to be able to talk and relate to almost anyone, and I definitely would say that’s the thing that I got from my mom.”

Luke’s wife, Nicole, will soon become a mom when they welcome their first child, a boy, sometime this spring. The couple have yet to announce a due date.

Luke plays the first of three summer stadium dates on May 21st at Empower Field at Mile Hight in Denver, CO.