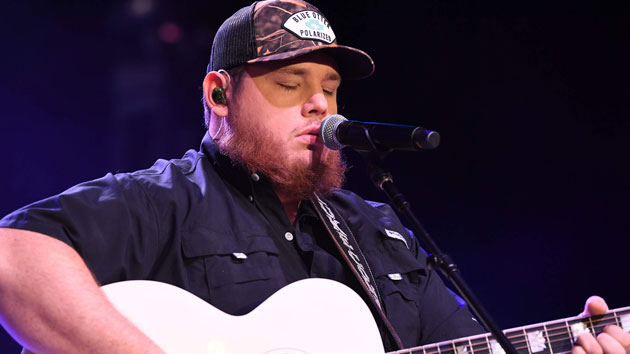 Luke Combs has struggled with anxiety and “crippling” obsessive compulsive disorder (OCD) over the years, he revealed during an interview with Apple Music Country’s Kelleigh Bannen.
But, he added, the June birth of his son, Tex, has helped him for the better.  Luke said, “There’s stuff that used to matter as far as the things that you worry about, you just don’t really worry about that stuff anymore.  I mean, and almost instantly.  Really… Like, you’re just kind of like, ‘Don’t care about that.  Don’t care’  And I was fine before, but I did tend to have pretty tremendous anxiety at times in my life.”

Luke explained that his anxiety is not about music or touring.  He said, “(It) could be anything.  It’s really stuff that’s out of my control, whether it’s my health.  It’s just really insane.  Stuff you could never get an answer to.  So you have to learn to live with the uncertainty of never knowing becomes the only way to get over it.”

Luke certainly doesn’t have to worry about whether his songs will be hits.  His latest, “The Kind of Love We Make,” sits inside the Top Five and climbing on the country charts this week.

Luke’s Middle Of Somewhere Tour with special guest Jordan Davis will kick off on September 2nd in Bangor, ME. Opening acts include Morgan Wade and Lainey Wilson on select dates.