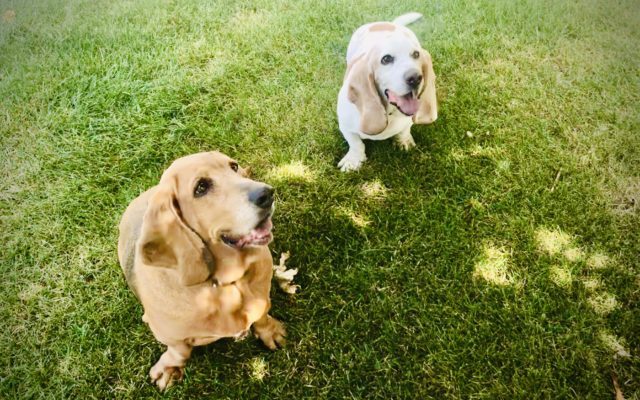 Dogs will stick their sweet little sniffy noses just about anywhere.  If you’ve ever seen a dog bathe itself, or clean up after its puppy, you may think pretty quickly:  That tongue will never get near my own face!

But some people really believe that their saliva is good for us.  Massive Science reports that dog licks have been considered beneficial to us, medically, for over a thousand years.  “In ancient Egypt, dogs were used in healing practices since they believed that dog licks help heal injury or cure disease. Fijian fishermen also allowed their dogs to lick their wounds.”

Recent analysis of saliva from Labrador retrievers and beagles, shows that canine saliva contains many kinds of antimicrobial enzymes, proteins such as lysozymes and immunoglobulins, and antimicrobial peptides.  Those “tear holes in bacterial cell membranes.”  It should come as little surprise, because human saliva has been shown to help our human wounds heal faster, because of its enzymes and antimicrobials.  Maybe that’s why we have to “put a kiss on it,” when someone gets an “owie.”

MassiveSci.com points out that the French even have a saying:  “langue de chien, langue de médecin” which translates to “a dog’s tongue, a doctor’s tongue.”  Or, you could take it to mean:  The language of a dog is the language of medicine or healing.

However, if you still don’t want a dog to lick your face, or lick you at all, you are not unwise.  Microbiologist Jennifer Tsang reminds us of the downside:  “Dogs are known to be carriers of a number of bacteria and viruses that can cause disease in humans: rabies, norovirus, pasteurella, salmonella, and campylobacter, for example.  But nearly all cases of disease involve a dog bite or contact with fecal matter.”  So, it’s a personal matter.

Sniff out the full set of facts, here:  MassiveScience