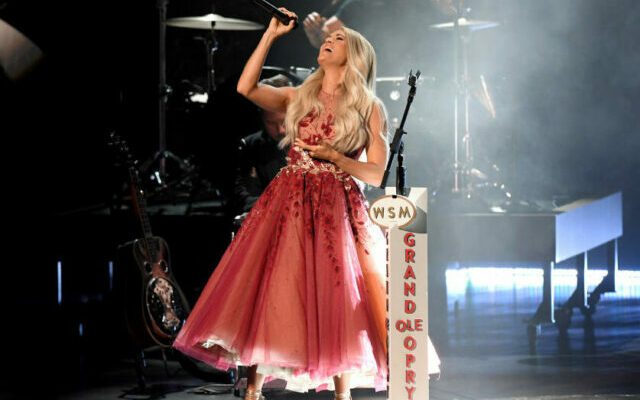 Carrie Underwood released her new single, called “Ghost Story,” on Friday (March 18th), along with a lyric video. She co-produced the song, which will be included on the followup to her 2018 Cry Pretty album.

The song was co-written by Carrie’s longtime producer David Garcia along with Hillary Lindsey and Josh Kear especially for her. She tells us:

“The song is hauntingly beautiful and just tells this really cool, cinematic story of how this guy is never going to be able to let go of the girl he let go of because she’s just always going to be haunting him. He’s gonna want her back but she’s moved on – sorry man.  I loved this song, I loved recording it. It’s challenging vocally, but I like that. I feel like it’s just a really awesome song and I’m glad they got together to think of me while they were writing one day.”

Carrie is nominated for two Grammy Awards for Bluegrass/Country/Roots Album of the Year for My Savior, and she and Jason Aldean are nominated for Best Country Duo/Group Performance for “If I Didn’t Love You.” The Grammys will take place on April 3rd in Las Vegas and air live on CBS.