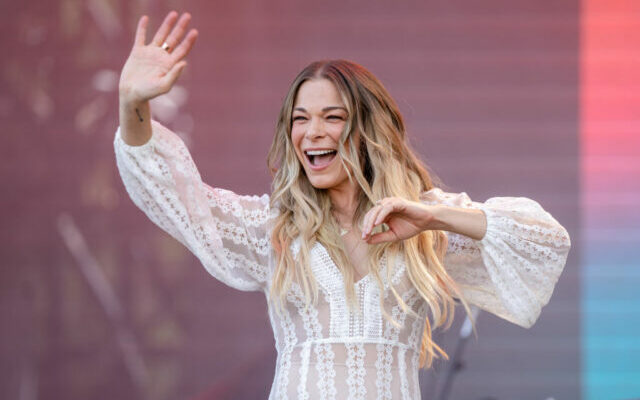 LeAnn Rimes will headline a new installment of CMT Crossroads featuring some other ladies of Country music including Ashley McBryde, Brandy Clark, Carly Pearce and Mickey Guyton. People.com reports the episode celebrates the 25th anniversary of the release of LeAnn’s debut album, Blue, which came out when she was just 13 years old. The new episode, which has already been taped, is scheduled to air on April 14th at 8 p.m. ET on CMT.

LeAnn said, “It was such a magical and surreal experience, celebrating the past 25 years of my music as a full installment of CMT Crossroads, and to share the stage with women who are each, so unique and truly standing in their own magnificence, to get to hear firsthand how I have, in some special way, influenced their artistry… it was humbling and special.”

LeAnn’s Blue album included the Number One hit “One Way Ticket (Because I Can),” which she performs on Crossroads alongside Carly and Ashley.