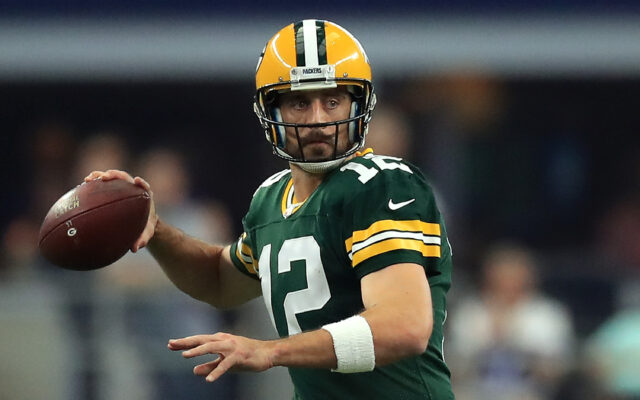 ARLINGTON, TX - OCTOBER 08: Aaron Rodgers #12 of the Green Bay Packers throws against the Dallas Cowboys in the second quarter at AT&T Stadium on October 8, 2017 in Arlington, Texas. (Photo by Ronald Martinez/Getty Images)

Rodgers says he tried the psychoactive drug during a trip to Peru in 2020 – and, afterwards, enjoyed the “best season of my career.”

Should the NFL discipline Rodgers for this?