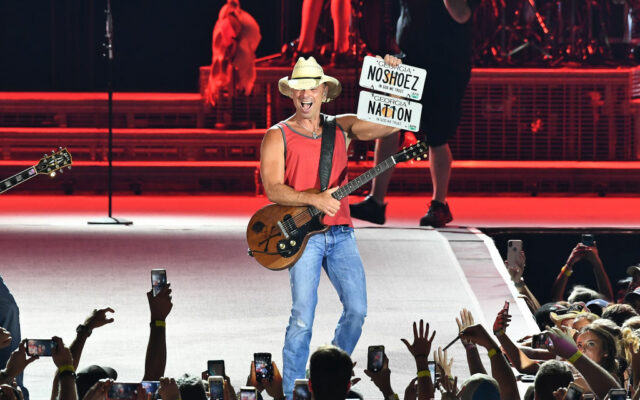 The superstar is teaming up with shoe ware company REEF to present two sets of limited edition No Shoes Reef sandals in benefit of a cause focused on marine life education.

The his and hers sandals come in hues of dark brown, tan and cream, with the straps on the men’s shoe bearing the phrase “No Shoes Reef” and an emblem of a skull and crossbones, while the women’s shoe features a rose-gold colored stud and the No Shoes Reef logo on the sole.

Proceeds from the sales will go toward Pigeon Key Marine Science Camps in Florida that educates young people about marine life, including coral reefs.

“They share so many of the same core values I do when it comes to ocean conservation. I’ve worn their sandals for years, as have a lot of my friends down in the islands,” Kenny shares in a statement. “When they wanted to work with us through No Shoes Reefs, I was delighted to have them become part of this work that’s been so focused on local projects.”

Kenny launched No Shoes Reef in 2015 to create artificial reefs to help sustain the wildlife that inhabit them.