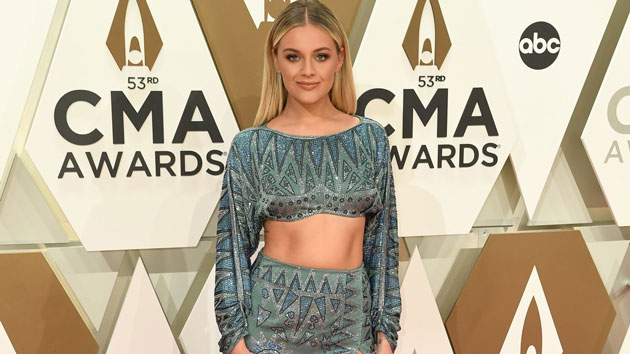 Kelsea Ballerini told Kelly Clarkson about how she embarrassed herself, in front of Miranda Lambert, at last fall’s CMAs.  On Kelly’s TV show, Kelsea said she was drinking wine, after, and the glass shattered in her mouth – which made her spit out blood.

Kelsea Ballerini was on Friday’s “Kelly Clarkson Show“ – talking about the time she spit out blood, in front of Miranda Lambert.  It was last fall at the CMA‘s . . . and they were hanging out, after the show.

Kelsea was nervous because she didn’t know Miranda . . . and to make it worse, they were drinking wine from those “super thin” glasses, which you’re afraid to squeeze.

Well, her glass bumped against her tooth and shattered IN her mouth.  She cut her lip, and was spitting out bloody glass.

Here’s what happened next:  quote, “I had to run to the bathroom, make my lip stop bleeding and was like, ‘Well, I can’t leave now . . . ’cause I need people to NOT think that I’m weird . . . ’cause I care way too much about what people think of me.

“Then, I had to go back into this party and hold my lip, so it stops bleeding, and try to act casual around Miranda Lambert.  Anyway, we still don’t know each other.”