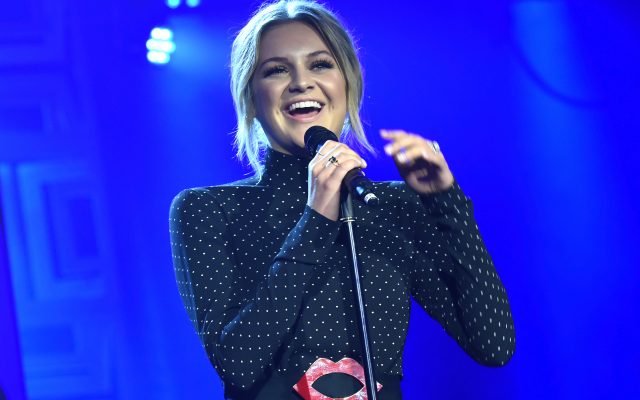 (Photo by Rick Diamond/Getty Images for Innovation In Music Awards)

Are Chase Stokes and Kelsea Ballerini the latest star couple?

Stokes, a star of Netflix‘s “Outer Banks,” posted a series of photos on Instagram, including one shot featuring him cozying up to the country singer…  They’re possibly sharing a kiss, with the caption “lil recap.”

The photo was taken from behind them, at the College Football National Championship, where the University of Georgia beat Texas Christian University on Jan. 9.

However, Ballerini seemed to have another team in mind, as she commented, “go vols,” with a monkey covering its eyes emoji.  Kelsea is a University of Tennessee fan, who grew up in Knoxville, and cheers for their Volunteers.

In August 2022, Ballerini revealed that she and her then-husband Morgan Evans were filing for divorce.

Stokes was most recently attached to Madelyn Cline.  They dated for about a year and a half, until they split up in November, 2021.