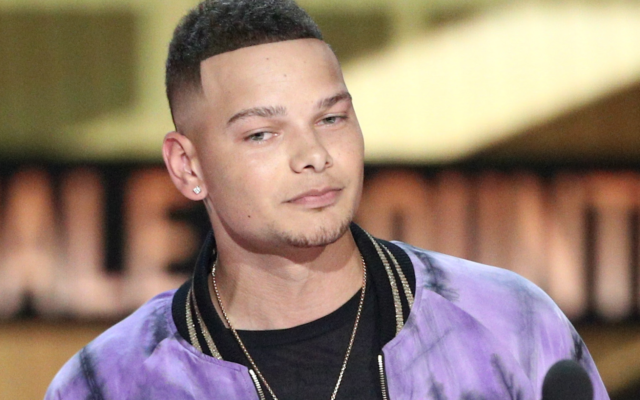 Kane Brown has done an interview recently discussing how his daughter has changed his life.

Brown said, “I would say I was never a big baby person, then I had my baby.  It just changed the way I look at other babies now.  Especially, the ones who used to be the size of her when she was an infant.  I just want to hold them, just to remember how it felt like.”

He continued, “I grew up with all females. I’m having a girl. So, I feel like I know most of it.  Hopefully, I don’t get surprised too much.  And I love my dad, but I haven’t really had a father figure…  so I’m going to try and do everything that I can to be the best Dad that I can be.”

Kane strives to be an active and encouraging force in his daughter’s life.  He adds, “I just want her to know that I am just trying to be the best I can be.  Basically, just teach her that she can do anything that she puts her mind to and just respect everybody.”

Brown surprised the crowd at his Blessed and Free Tour stop in Dallas, Texas on Sunday (October 17th) night with an appearance from Randy Travis. He called Randy to the stage in the middle of his set to perform a version of Randy’s 2002 hit “Three Wooden Crosses.”

Kane sang the song in tribute to Randy at last week’s CMT Artists of the Year ceremony in Nashville where Randy received the Artist of a Lifetime award.

Onstage in Dallas, Kane told the crowd, “He got (the) Artist of a Lifetime (award) from CMT and I got to do this for him, and if any of y’all missed it, I’m gonna do it for you guys.” Randy was sitting beside Kane in a wheelchair.

The Blessed And Free Tour rolls on to New Orleans, Memphis and Atlanta this weekend.