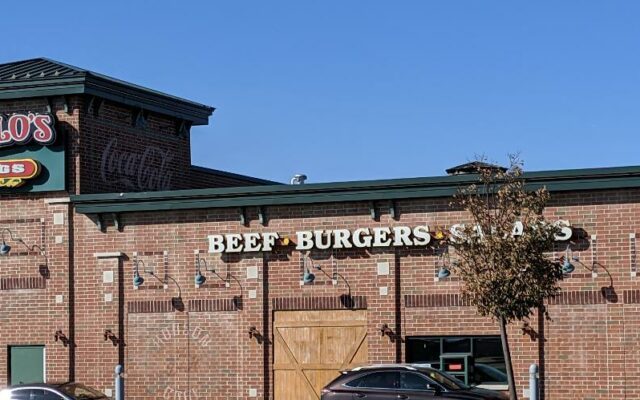 Joliet’s biggest construction project along Larkin Avenue is one of high interest to tens of thousands of area residents. A one-of-kind of Portillo’s Pick Up restaurant will feature not one, not two, but three drive-thru lanes.

The first triple drive-thru is set to open in Madison, Wisconsin, in late November. However, the one in Madison features a full-size dining room, unlike Joliet.

During Tuesday’s phone interview from Madison, Funkhouser told Patch the Joliet Portillo’s construction is about 45 percent completed. Portillo’s wants to be open in early February, he said.

“We could probably open mid-January, but we want to give ourselves enough time to train the staff,” Funkhouser said.

He also said Joliet’s third lane of the drive-thru will be for customers who order online. The new Joliet’s restaurant at 1444 North Larkin Ave. will not have a dining room. There will, however, be a small lobby area for customers wanting to pick up their carryout meals.

Patch asked Funkhouser if the Joliet Portillo’s has gone according to plan.

“We’re clawing back,” he said. “We lost eight days to rain. We’re working with our contractors and subcontractors to buy back some time.”

The Portillo’s vice president said his company has not announced any additional triple drive-thru locations since unveiling the Joliet Portillo’s Pick Up, which is the first in the nation for the company.

“It’s a test,” Funkhouser said. “We think it’s going to increase capacity and decrease the wait time. We don’t have any more being built right now, so we’ll see how this goes.”

A few weeks ago, Funkhouser drove to the Shorewood Portillo’s on Route 59 where he set his clock to see how fast he could order and get through the double drive-thru.

When he arrived at the Shorewood Portillo’s, Funkhouser said he counted at least 20 cars ahead of him. He said he treated the Joliet construction workers to 13 cheeseburgers and 13 fries. The one diet Coke, he said, he got for himself.