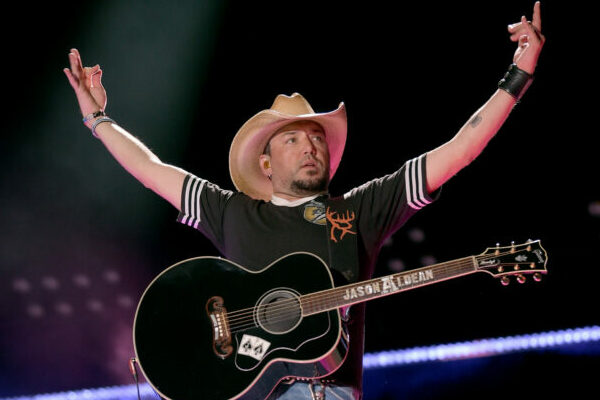 With a career spanning nearly 20 years and close to 30 chart-topping hits, Jason tells us each Number One hit only takes on greater importance. [“You know you almost maybe take those for granted a little bit early on in your career especially when things kind of get white hot for you. All of us kind of have a shelf life, you know what I mean? You don’t know how long that’s gonna be and so for me every time we put a song out and it does well, to me it just kind of lets me know that we kind of still have our finger on the pulse of country music and what’s going on and people still are into what we’re doing and that means more to me now than it ever has.”]

His Rock N’ Roll Cowboy Tour rolls on to Chicago, Indianapolis and Detroit this weekend.

Jason’s new single is called “That’s What Tequila Does.” Here’s the lyric video:

“Trouble With A Heartbreak” was co-written by two of Jason’s bandmembers, Kurt Allison and Tully Kennedy, along with his current tour opening act John Morgan and Brett Beavers.

Kurt and Tully also had a hand in writing Jason’s previous chart-topper, “If I Didn’t Love You,” featuring Carrie Underwood, as well as Jason’s brand new single, “That’s What Tequila Does.”