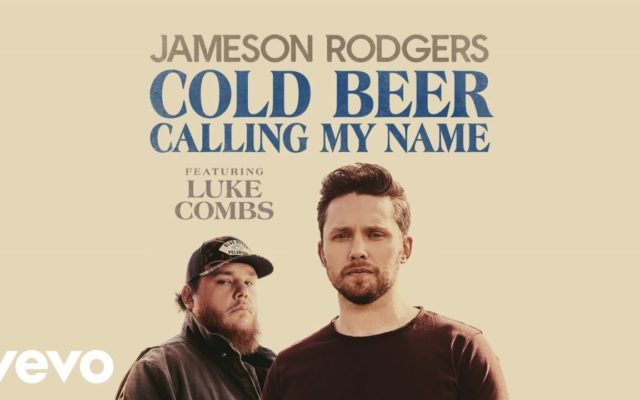 Jameson Rodgers is closing in on the top of the Country charts with his second single, “Cold Beer Calling My Name,” featuring Luke Combs.

Jameson co-wrote the song in 2017.  But he tells us that, at the time, he never considered making it a duet.

“‘Cold Beer Calling My Name,’ man that song is slowly changing my life.  When we wrote it, had no intentions of it ever being a duet or a feature of any kind.  You know, even when I went in the studio to record it, had no intentions of Luke singing on it, and around the same time, Luke had hit me up to go on tour for the next year, and so I was like, man, it would be cool to have a feature on my first record.  You know, I’m about to be with Luke for the entire year touring and so I just threw it out there, you know, hoping he would say yes, and luckily he did, and yeah, man Luke has done me more favors than I’ll ever be able to repay him for.”

“Cold Beer Calling My Name” is featured on Jameson’s 2021 EP, In It For The Money.