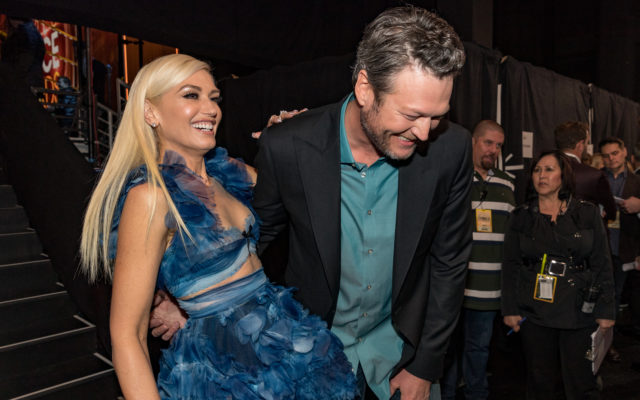 Fans immediately accused Shelton of making the change, tweeting “BLAKE GET OFF OF GWEN’S ACCOUNT,” another tweeted, “SOMEBODY IS HACKING GWEN’S ACCOUNT WHAT THE…..”

Then a series of tweets about Blake began popping up on Gwen’s timeline; which convinced fans that Shelton had hacked the former “No Doubt” singer’s account.