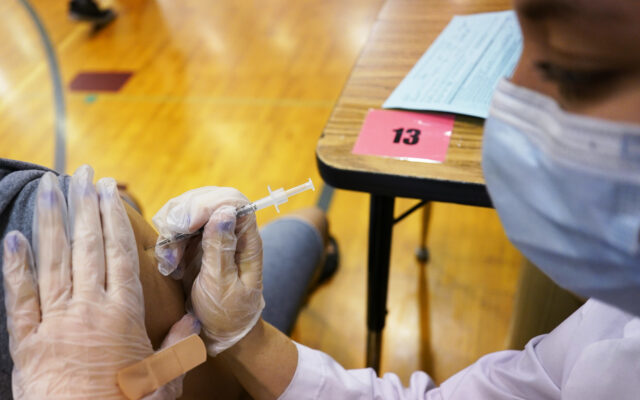 FILE - In this June 11, 2021, file photo, healthcare worker prepares inject a student with a dose of the Pfizer COVID-19 vaccine during a vaccination clinic hosted by Jewel Osco at London Middle School in Wheeling, Ill. As cases fall and states reopen, the potential final stage in the U.S. campaign to vanquish COVID-19 is turning into a slog, with a worrisome variant gaining a bigger foothold and lotteries and other inducements failing to persuade some Americans to get vaccinated. (AP Photo/Nam Y. Huh, File)
Garth Brooks Weighs Upcoming Shows Against COVID Spikes 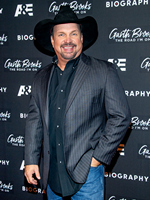 After that, “the Garth Brooks Stadium Tourwill have a three week window without a concert scheduled in which the tour will assess where the remainder of the dates this year stand – due to the resurgence of the covid virus,” according to Garth’s publicist.

She continues, “Although Seattle is the first city back after that three weeks, we still don’t know what is going to happen to concerts at this point…therefore, until we are sure we can play the date, we will not be going forward with the Seattle on sale.”

Garth said, “It breaks my heart to see city after city go on sale and then have to ask those sweet people and the venues to reschedule.  We have a three week window coming up where we, as a group, will assess the remainder of the stadium tour this year.  It’s humbling to see people put this much faith in you as an artist, and it kills me to think I am letting them down.”

During Monday (August 2nd) night’s “Inside Studio G” on Facebook, Garth addressed the issue and encouraged people to wear masks saying, “It’s getting sticky out there . . . You can’t be safe enough.  You can’t be cautious enough.  Please feel free to wear the masks at the concert.  Nobody’s gonna look at you strange, I promise . . .”